For the last 10 years, Jeff has dedicated his career to developing and producing films and projects that inspire, challenge, and transform. In 2013 he formed It Matters LLC, where he focuses on stories in the areas of education, culture, faith and the environment.

Jeff recently made his debut as a feature writer and director with this new documentary – A River Between Us. This film tells the story of conflict and injustice along the Klamath River in Oregon and California – and of a way forward because of extraordinary people who chose to make peace, and promote what is the largest restoration project in American history.

In 2012 produced Justice Film Festival selection (2014) UnDivided, a powerful documentary about the unlikely friendship of an at-risk urban high school and an affluent suburban church. UnDivided presents an inspiring blueprint for transforming kids and schools in need.

From 2006 -2009 his focus was as Executive Producer on the award winning film, Lord, Save Us From Your Followers. Lord Save Us has been hailed as a film like no other – a documentary that challenges, inspires, entertains and provokes – all while being considered a fair and honest effort to help the church, and those around us.

Jeff lives in Oregon with his wife of 33 years – Liz, and father to their 3 grown children – and grandfather to Augie.

Jeff’s Statement
When the journey of A River Between Us started, I was certain I was making a film about a renegade Republican State Senator who was passionate about rivers – and in particular the Klamath River in Oregon and Northern California. It wasn’t long until we both realized that his passion for the river was NOT the story. Along the way, we meet the real heroes of the story. People who turned their backs on their traditional ways of seeing the story, and defending their “tribe” – whether Native and the descendants of settlers. Hatred was not working in settling ancient disputes.

The film was about so much more than the Klamath River – it became a story about healing, and justice, and friendships, and reconciliation. The story is about how to solve environmental crises all across the world. We came to learn that if you first heal the people – they will heal the environment.

Spending time with my new Native American friends, taking up their battle for justice – both environmental and tribal – has changed my life and outlook forever. The Klamath River is home to several great tribes who have lived along its banks since time immemorial. Their story is a national tragedy – and if justice comes, it can become a national treasure. 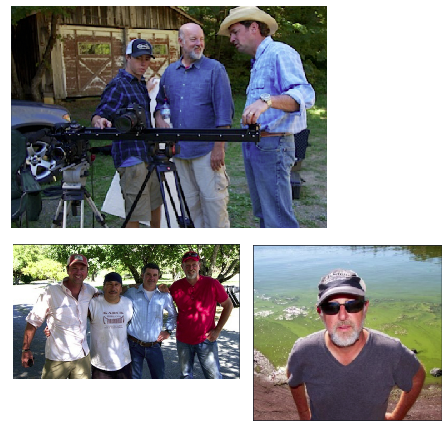